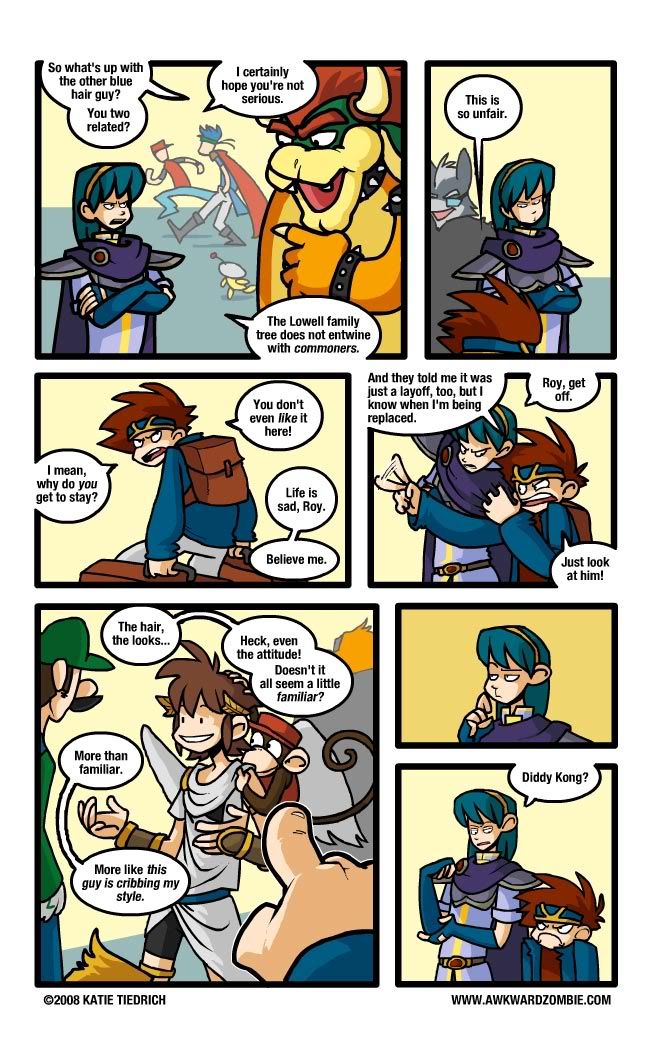 The Brawlening (Part1)
Posted March 9, 2008 at 8:00 pm
So Brawl is basically the best game ever. The end.
Smash-related comics from now on will have secret character spoilers, so if you didn't want to know that Mario's in Brawl you can just take your leave right now. I'm not planning on doing anything Subspace-related, though, so those worried about that can stay.
To celebrate, I drew a picture. It's a retooling of a picture I drew a few years ago, but I liked the concept. Basically, have you ever noticed how everyone in the universe seems to have an evil twin...?

I don't even remember where the notion of Marth's last name being Lowell comes from -- the cartoon or the manga or some equally sketchy source -- but I like it so there you go.
PRIVACY POLICY