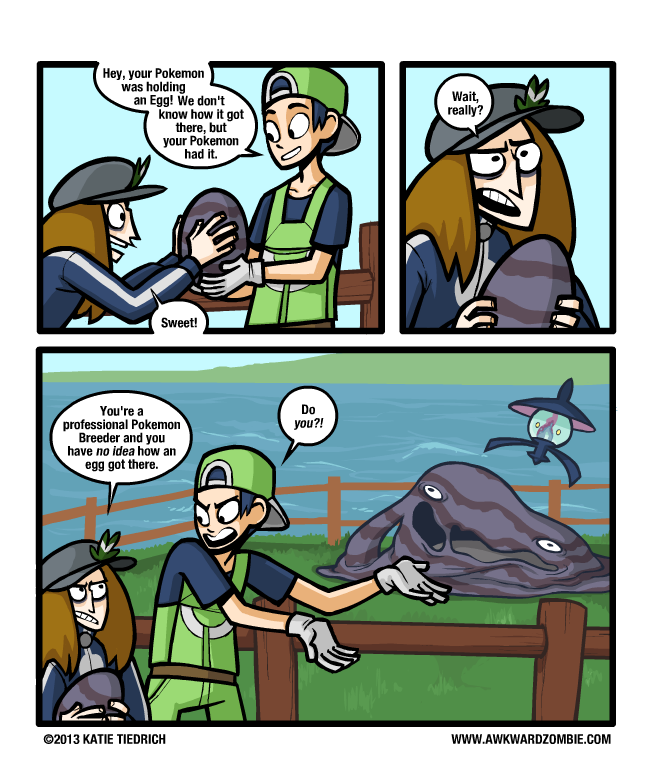 Egging the Question
Posted January 5, 2014 at 7:00 pm
If a little unusual, it wasn't outright weird for the random old couple that runs the Pokemon Daycare Center to not know exactly about how an egg is formed. I don't know what the state of reproductive education was seventy years ago in a fake universe! So I can let it slide.
On the other hand, the Daycare in X/Y is run by Pokemon Breeders, who, by definition of their job titles, make a living by getting Pokemon to make more Pokemon. I'd say they should probably actually understand how that's happening, but on the other hand I don't know how living boulders or garbage golems can lay eggs either, so who am I to judge?