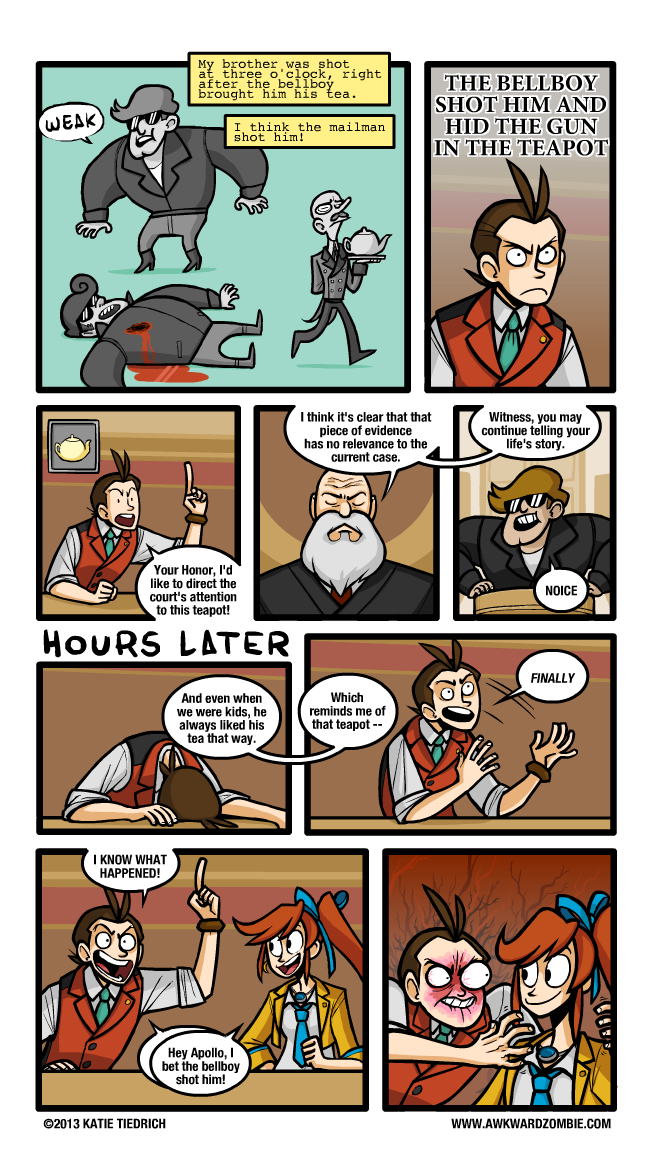 Trying My Patience
Posted December 29, 2013 at 7:00 pm
NOTE: this is not a spoiler for any case in Ace Attorney: Dual Destinies or for any other Ace Attorney game! I don't like to include spoilers in these comics, so I tried to make up a case goofy and weird enough that nobody would think it is, but that's kind of a hard bar to set with this series. If the next game has a case about super-buff greaser brothers, I'll be the first to apologize.

I liked Dual Destinies in general, but it has a serious case of the hand-holdies. You typically either know the villain right off the bat or can figure it out within a few minutes, and then you have to play through hours of the other characters being dumb and meandering through the plot until you finally get to a part where you can point out the shocking revelation you made at the beginning of the case. There was a point where I had to make an argument I knew was wrong, just to progress the game -- it felt less like unraveling a murder mystery and more like watching a bunch of turtles wander around in an empty room until one finally bonks into the door.
WORST OF ALL, sometimes when the opportunity to announce the \"twist\" finally comes up, your assistant has the nerve to helpfully give you a super-obvious hint for what you're supposed to say. I feel like if the game wants to play itself, it shouldn't give the pretense of user input.
PRIVACY POLICY