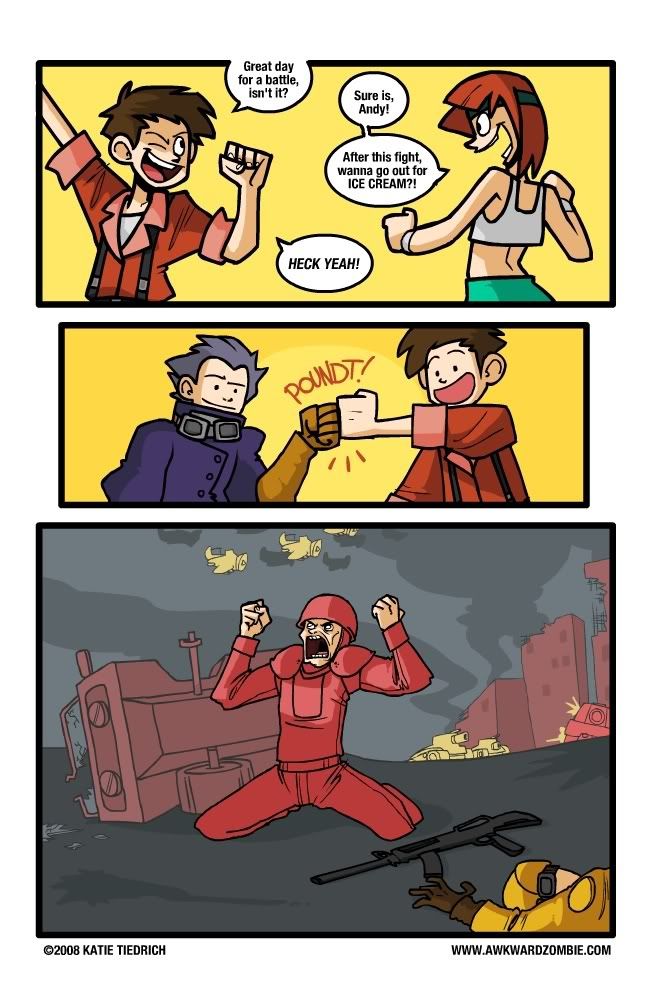 No Fighting in the War Room
Posted September 21, 2008 at 8:00 pm
This was another one wroten by Merlin, who always manages to point out I've drawn his
comics terribly wrong, so I apologize in advance to him for however I've screwed this one up.
REGARDLESS, Advance Wars has never really had the right sort of tone for a game about
tactical warfare: the commanding officers would giggle and cavort and talk about motorcycles
or whatever, and then you would play the map and mow down hundreds of (adorable) little pink
soldiers. I guess Days of Ruin was meant to change that but I never played that one so IT
DOES NOT EXIST IN THE CANON OF AWKWARD ZOMBIE, GOODNIGHT.