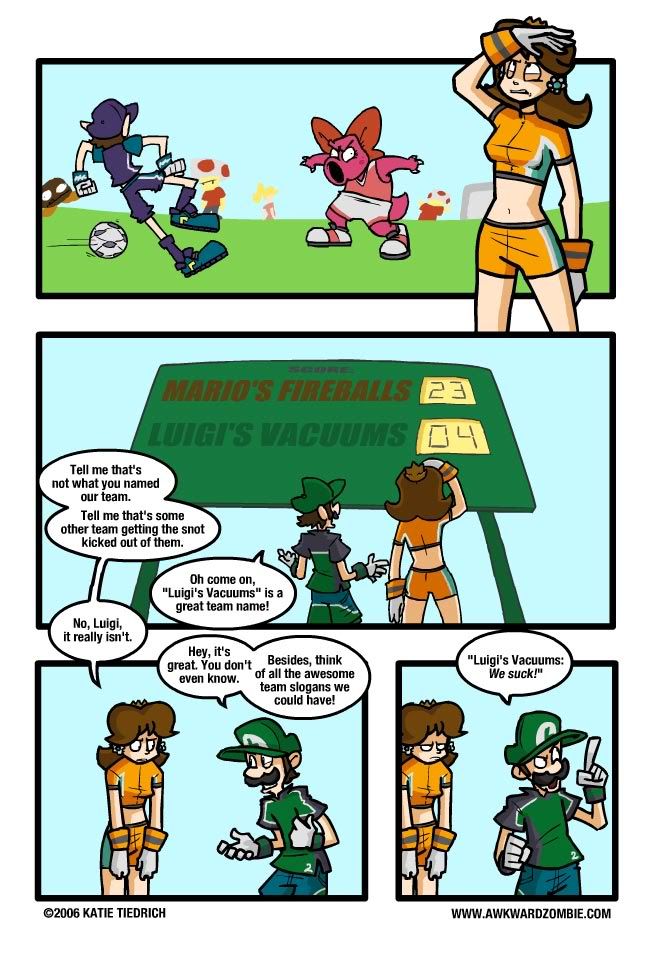 Kickin'
Posted December 2, 2006 at 7:00 pm
Ha-ha, you guys thought it would be a Zelda comic! Wrong.
Okay, so it was Mario Baseball that had the ridiculous team names, but this comic is a
variety pastiche now! Plus the Strikers uniforms looked fun to draw.
Honestly, \"Luigi's Vacuums\"...I don't know, it just appears to me as if this household
appliance has become Luigi's passion, as he now contours his entire life around it. ONE TIME
HE STARRED IN HIS OWN GAME YOU GUYS. IT HAD A VACUUM IN IT.
PRIVACY POLICY