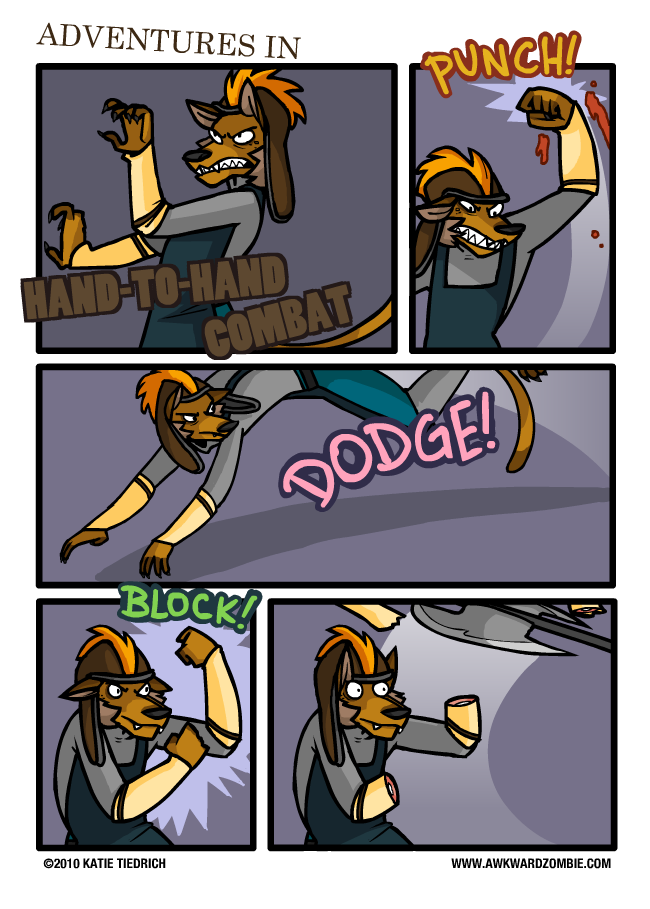 Impediment
Posted January 2, 2011 at 7:00 pm
This time the reason the comic is dated the wrong year is because I drew it two weeks ago!! Now that I'm starting to have a buffer it has done nothing but made me suffer. It is my suffer buffer.

As you may recall, I couldn't finish Oblivion because I had spent so much time leveling on sidequests that my stats were way too low to actually do any maingame quests. What also may have contributed to that was the fact that I rolled a monk character, which meant hand-to-hand combat in a game where most of your power comes from your weapon. Times were hard.

On to important things: EVERYBODY PLAY THIS GAME WE MADE AAAAAHH. It is called HyperPype! I did the graphics and Chris did the programming and everything else. I hope you like it! If you do then why haven't you VOTED US SOME FIVES ALREADY!!