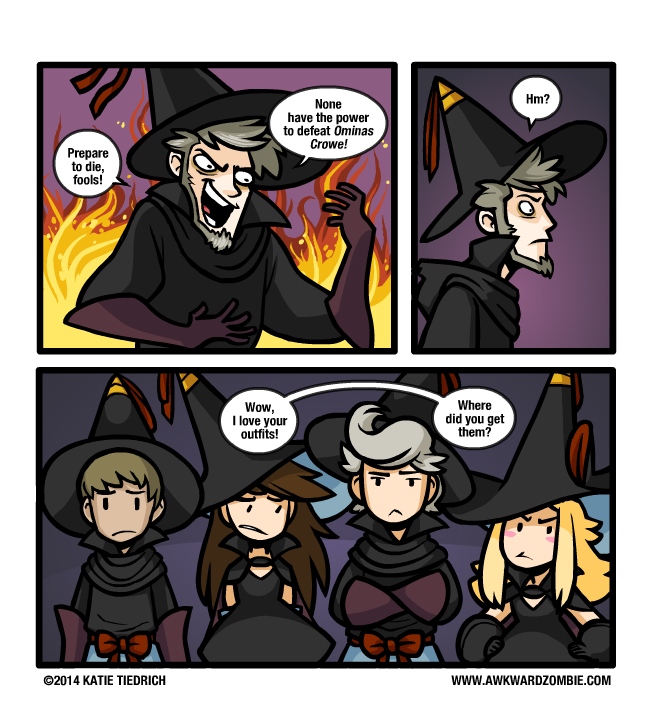 Fashion Deux Pas
Posted May 18, 2014 at 8:00 pm
I like that Bravely Default (and other job-system games) pair gaining someone's powers with also gaining their wardrobe.

IF YOU HAVEN'T FINISHED PLAYING BRAVELY DEFAULT, THIS IS THE PART WHERE YOU SHOULD STOP READING. (Spoilers follow!)

Okay I was super into Bravely D, up to the point where they literally make you replay the game. Multiple times. To the game's credit, I really sympathized with the characters' despair every time I'd open the world map and all those goddamn exclamation points popped up in the same places, but I feel like the emotion was not worth the hours spent retreading the same ground.
This game has PROBABLY the laziest artificial extenders I've ever seen, and you really notice it when they even reuse the same dialog -- especially the stuff being said by the characters that have experienced this scenario three times now, as if they have no idea what's happening. In a lot of cases it's a literal copy-and-paste, and that can really suck the gravity out of it!

I do still really like the game, but it's hard to open the 3DS again when you know exactly what the next two hours of \"progress\" are going to be.
PRIVACY POLICY