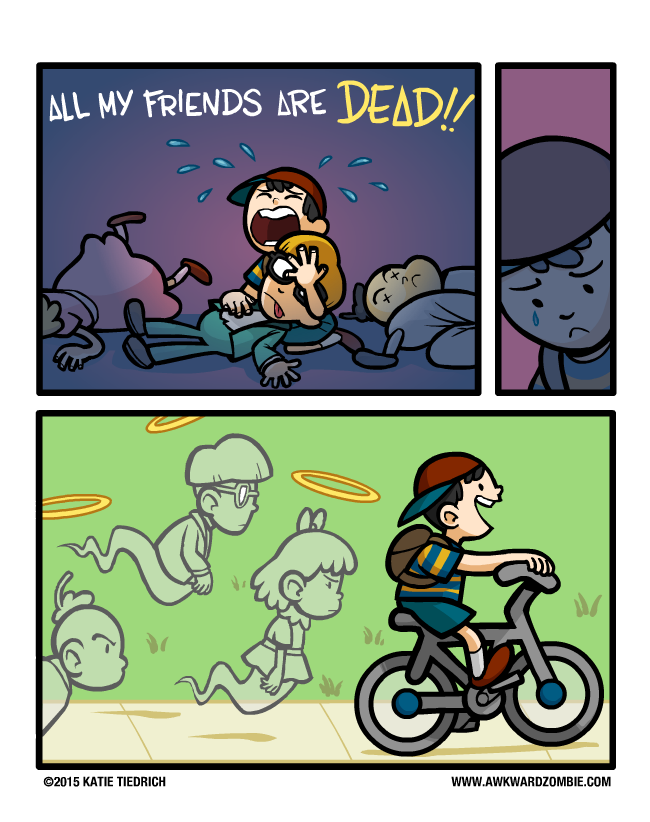 Bicycle Built for One
Posted April 12, 2015 at 8:00 pm
One of the weird things about Earthbound -- a game so full of weird things that this sentence is meaningless -- is that they give you a super fun bicycle very early in the game, which Ness can only ride if he's the only person in the party. You then almost immediately get a second party member, rendering the bike useless for the rest of the game. It's the kind of thing that makes you want to abandon/murder all your friends.


I love Earthbound and I've always wanted to do a comic about it! I have a hard time doing comics about games that are already funny, so this is a personal accomplishment for me.

Another thing I did for the first time this weekend is get engaged! To my boyfriend, who's now my fiance! His name is Norrin and he's my best friend and probably the greatest person I know, and I wanna marry that dude! This has nothing to do with Awkward Zombie and probably won't affect it in any way, I'm just telling you because I THINK IT'S PRETTY NEAT
PRIVACY POLICY