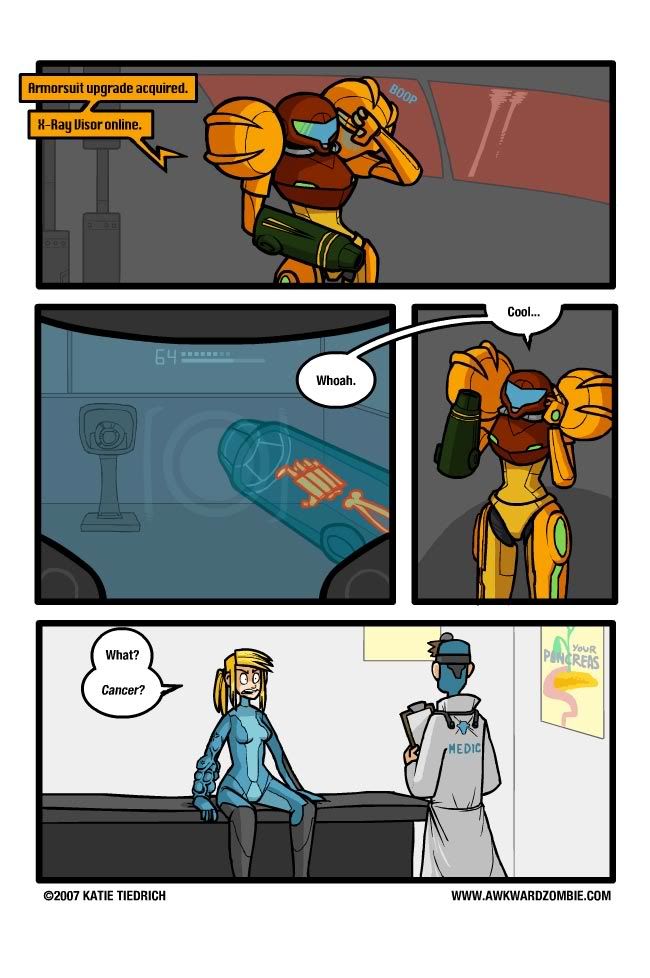 A Visor Unwiser
Posted September 9, 2007 at 8:00 pm
So, like I said, Metroid Prime 3: Corruption is awesome to the max. The controls are
smooth, the graphics are polished, and, unlike previous Metroid games, you actually have a
sense of being part of an organization -- you're still exploring the levels and shooting
stuff by yourself, but you do get to rendezvous with the Galactic Federation every now and
then -- there's plot and character interaction beyond what's described in the instruction
manual.
It's different from the usual Metroid formula (wherein you get some sort of mission
brief from the opening cutscene, drop to a planet's surface, and then shoot stuff until you
beat the game), but it's pulled off well.
Gameplay mechanics from the previous Prime games have also been cleaned up; in particular,
walljumping and the X-Ray Visor are much less painful this time around. Being able to walk
and shoot at the same time is also a useful addition.
Ofcourse, the first thing I did when I acquired the aforementioned visor was stare at
Samus's hand for like five minutes. Walking around with her skeletalized cannon arm always
in view is cool.
...After a while, though, that much concentrated X-ray radiation can't be good for you.