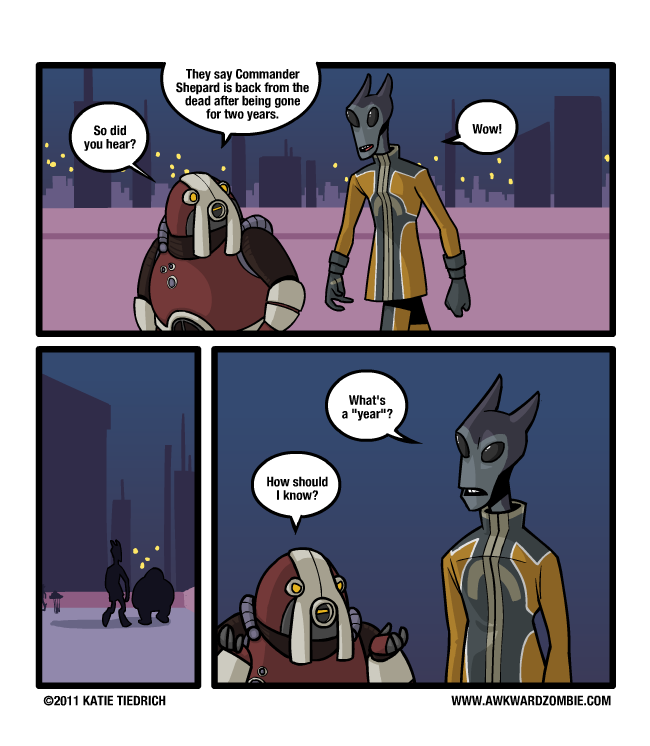 Time Trials
Posted September 4, 2011 at 8:00 pm
It's pretty convenient that, despite every species coming from different planets with different orbital periods, the standard Council year is the same as Earth's, the galactic underdog nobody likes. That's so nice of everybody else in the universe!

IN OTHER NEWS, next month I'll be a guest at the mysterious and new Webcomics Con! It's in Norwalk, CT for October first and second. You should probably be there?? I KNOW I WILL