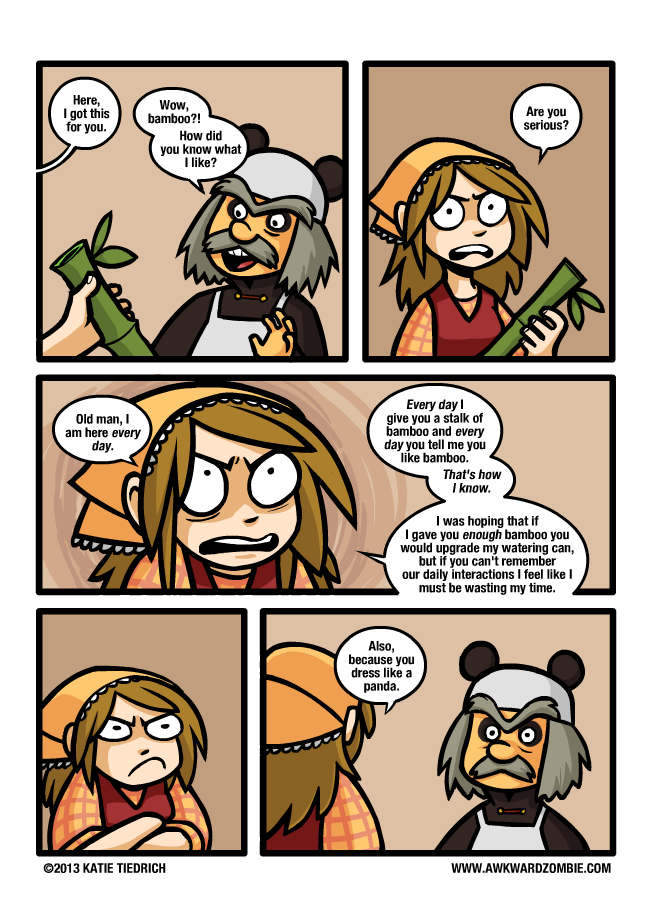 Stalking
Posted May 26, 2013 at 8:00 pm
I was told that the Harvest Moon I was familiar with was not indicative of the series as a whole, so a while ago I picked up Tale of Two Towns to see where the games had gone in the last ten years. It was better (anything would be better), but it fell into the same repetitiveness that afflicts sim games, especially the kind of sim games where relationships are built by performing the same minor action every day.

TEXAS FRIENDS: I am reminding you that I will be AT YOU for A-Kon next weekend! If you're not all wearing ten-gallon hats I'm going to be really disappointed, so get on that. I'll be in Artist's Alley all weekend and I'll be on some panels too so LOOK OUT FOR THOSE.
PRIVACY POLICY