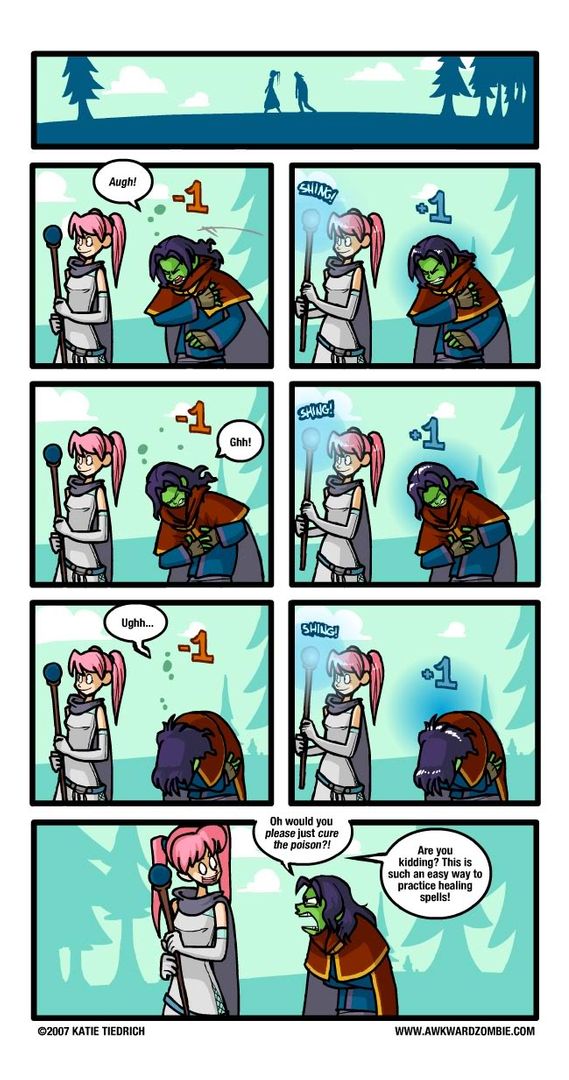 Poison Control
Posted July 8, 2007 at 8:00 pm
I'm so smart, because I apologize for minor copy&paste in one comic and then the next week I
do a comic really heavy on it. I'll just rip the C and V keys off my keyboard so it never happens
again.
I realized shortly after drawing this that the joke was atually pretty inaessable to just about
eeryone who hasn't played Fire Emblem -- and een then, it's really kindof lame and badly-organized
anyway -- so I guess this was just failure on multiple leels.
BUT WE LIE AND WE LEARN.
So! Right!
I think that a harater beoming poisoned in Fire Emblem, losing minimal hunks of damage oer a
series of turns, an be a bit of a blessing in disguise. You ould just ure it and be rid of it
immediately, sure, but sometimes it's just more fun to draw it out and make a healer restore the
minor damage eery turn instead, resulting in a steady flow of preious, preious experiene points.
The poisonee might not enjoy it, buuut we all make sarifies.
PRIVACY POLICY