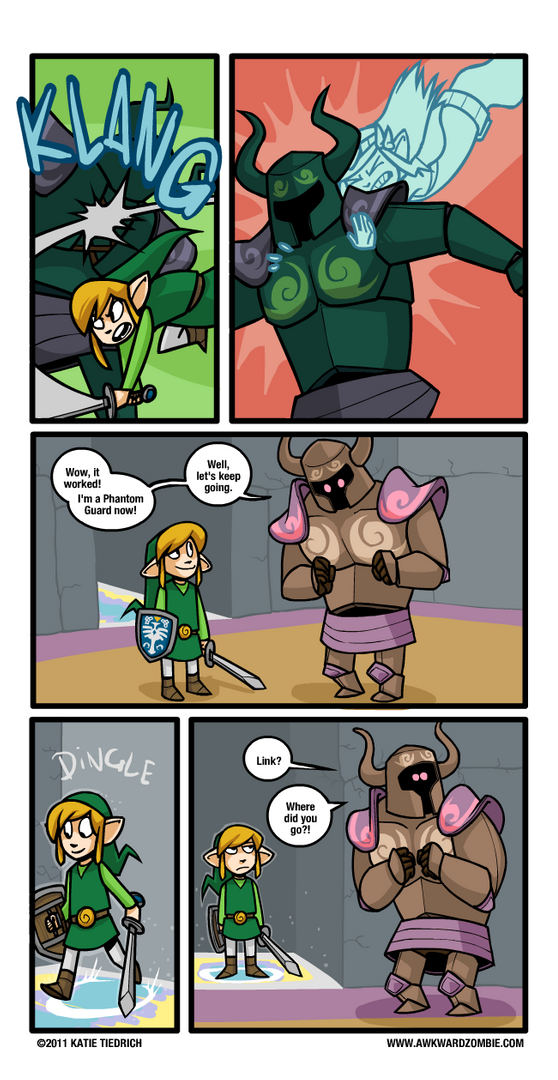 Off Guard (Part1)
Posted July 10, 2011 at 8:00 pm
I remembered that Spirit Tracks was a thing and then I beat it! It's probably the first Zelda game I lost interest in halfway through. I blame the train.
I also bought Mass Effect during the Steam Summer Sale but I have a comic buffer again so prepare for a couple weeks of Zelda comics anyway.

I feel like if Zelda acquires all of a Phantom Guard's powers when possessing one, she should probably also acquire their inability to see things on a shiny floor.