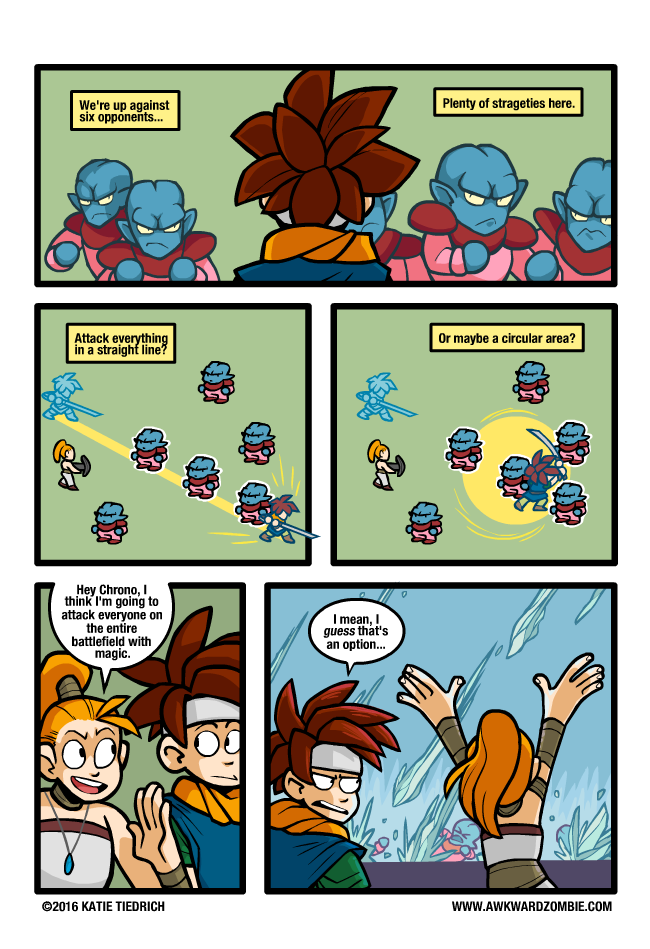 Leveling the Field
Posted December 4, 2016 at 7:00 pm
I'm about twenty years late, but I finally played Chrono Trigger and -- controversial opinion here -- it's a really cool game. It (and its sequel) tried a lot of interesting things at a time where The JRPG Formula wasn't yet set in stone, and I'm a sucker for weird combat systems.