This comic reminded me of when I was beating up on the sandbag in Brawl. Just for the "damage delivered" rank.
[img]http://www.signaturestop.com/tutorials/fullmetalalchemist/javazineprevlarge.jpg[/img]
Top

Leoj wrote: Don't you know? American is the correct language and all others fail and need to get with the program.

Nope, it's just you.

I'm not even American and I know that having someone at Fox News agree with you is going to make it less true quicker than more so.
Top

Bacon wrote: Nope, it's just you.

I'm not even American and I know that having someone at Fox News agree with you is going to make it less true quicker than more so.

Bacon wrote: Nope, it's just you.

I'm not even American and I know that having someone at Fox News agree with you is going to make it less true quicker than more so.

...Why do I feel I've either hit a nerve or missed an obvious joke by some miles? Either way, sorry, whatever I did ^^;
Top

Raylax wrote:...Why do I feel I've either hit a nerve or missed an obvious joke by some miles? Either way, sorry, whatever I did ^^;

He didn't even intend to troll you, yet he pulled it off magnificiently. Your gullibility serves to bring lulz in us all.
MYK, M.D.
Top

Raylax wrote:...Why do I feel I've either hit a nerve or missed an obvious joke by some miles? Either way, sorry, whatever I did ^^;

It was sarcasm
Top

Haha, fair enough. Well, this went well for me.

Rusty wrote:WoW just sucks...there's nothing about that game.
But that's just what I think about a lot of MMO games.
Games without stories just don't hold me; online games will never compare to a classic console game.

Close-minded bigotry. Your fist line states that WoW sucks, but then the second states that those are only your thoughts on the genre, not about WoW in particular. Why the ambiguity? Then you go on to say that games without stories aren't your thing; that's fine, but that doesn't reflect on the quality of the game. Lastly, you say online games don't, and won't, compare to classic console games. You neglected to mention any, and the term "online games" is very vague. All in all, very poor post.

The post was mainly so I could yell at you guys for whining about people with one post. I've seen it in other threads that I've lurked before on here, and it's annoying how you guys whine about it. (Oh look, I've got a second post now! ;D)

Either way, back to the topic, I think I already stated that I liked the comic.

If you want me to try and elaborate as to why I believe WoW sucks, I could try; but without having played it thoroughly, I have no pool of knowledge to back myself up with.

WoW is just like any other online game, there's nothing to differentiate it from any other. Hell, theres even a free MMO, 4Story, which is just like WoW, and that's just as bad. MMOs often have no story, besides small tidbits of background story, and whatever you learn through quests.

MMOs have no end, they will always go on and on until the company finally stops updating the game, after the players finally leave for something better, come some 20 years probably.

Grind...who needs it? I hate grinding in anything and everything. If I ever were to play WoW again, it would be a private server, but that's my own fault.

I'm also not keen on the level cap. 70? That's awful low for an MMO, no matter how hard it is to get to that level. That too, the difficulty and time WoW consumes, just to get to such a level, it's not worth it.

I honestly can't think of anything, as I only played for a couple hours. There was nothing about the game that made it worth playing.

And you can't just go and say "it get's better", or something. A game, just like a book, needs to hook you in from the beginning.

As I said, I have no pool of knowledge to use, but these are just some reasons, that you probably find minuscule, for my believing WoW to suck.

Also, if you want a list of online games, so as not to be vague, I suppose it would only be fair if I listed games I've played.
I also have to mention, most "online games" I play are Free to Play MMOs.

There are probably a ton more. If you notice, only 2 of those are actually pay to play. Even so, what differentiates these games from each other? Well, besides the types (RPG, FPS, etc.), is the unique features of the game. Atlantica Online, you control a band of mercenaries, up to 9 characters, and can party with other players up to a party of 3, for a total of 27 characters in battle. That's truly amazing. Granado Espada (Sword of the New World), you control three characters at once, and the game has fighting styles per character, according to what they can equip, and so on. Mabinogi, a game with so many paths to wonder, opposed to just combat and grind, or dominating the markets. I could try to list things about each game...and when it comes to WoW...what does WoW have? Nothing. It's just a stereotypical RPG. There is nothing unique or fancy about it. WoW sucks. And just so you know, that's my opinion. If you don't think WoW sucks, OK. You don't have to get butthurt though, and start naming what I say bigotry and demeaning my post, when I only said WoW sucks. The post wasn't even about WoW sucking, and you chose that most irrelevant piece of information to reply to. Really. :/
Top 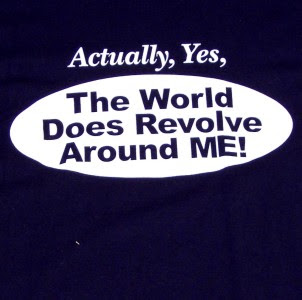 You didn't have to write a whole fucking novel
Top

Can we have more edits please?
Top

WoW does actually have a story, but it's more back story, I guess. I think lore counts as back story.

The level cap is actually 80 now, which is a sizeable amount, IMO. To each their own and all that, but if you just play it for the leveling, it's kinda boring. There are some fun quests (Northrend is pretty fun, IMO) and then you get a guild or a group of friends and it's fun to play with. And then there's RPing, but that's not as popular.