Ah, the sweet feeling of a long-delayed nap.

FUCK
JESUS FUCKING CHRIST
WHAT THE HELL IS GOING ON

AAAAAAAHHHHH-wait.
I recognize that exploding machine that you are apparently made of!
It's the Anti-Mass Spectrometer that caused such a shitstorm at Black Mesa!
Which means-

GODDAMN IT. STOP BEING CREEPY FOR FIVE SECONDS AND LET ME THINK 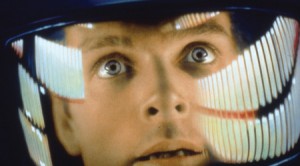 Fooflyer wrote:lol'd @ lazy eye
idk try and use a different format to the usual "Oh god what is happening" joke

That joke probably wont be happening for more than this opening scene. I just felt it was appropriate because thats about how I felt when I first saw it.

G-Man is my favourite mysterious man.

when I played episode one, I was so disappointed that he was only in it for like 15 seconds.

His part in Episode 2 was awesome though. Unexpected and creepy, as it should be!
Top

...and how did I end up on this subway?
Whatever.
I don't even care.

That's okay. I didn't see me get on either.

This guy just ignores me like I'm not even there.
What a douche.

Besides me and the least interesting men in the world, the subway car is empty.

The train stops and the doors open; I decide to follow Tweedle-Dee and Tweedle-Dum since I have nothing better to do.

YOU
THIS ISN'T OVER CAMERA BOT
NOT BY A LONG SHOT

I turn the corner and-
Holy shit.
Is that Big Brother?

I walk to end of the subway rails and turn another corner just in time to see an enforcement officer of some sort beat a man because he wanted to claim his luggage.
Goddamn airport security. It's spreading to our subway systems.

And just like airport security, he freaks the fuck out since I don't take off my shoes when I go through the metal detector.

I walk down the hallway to my left and see this sorry sight babbling about trains. Either that or bizzare house guests.

I finally catch up with Tweedle-Dee and Tweedle-Dum, but they're too busy bitching about Big Brother (or Dr. Breen) to notice.
Fuck you guys.

Since no one seems to care what happens to me at this point, I go through the path to the next station, where there is another security checkpoint.
I notice all the officers are carrying long black rods that have a large head on the tip.
...

I'm suddenly stopped by another officer.
Shit.
I need to plan an escape route.

daisies, blocked on all sides!

An officer burst through the door and tells me to follow him.
I have little choice in the matter.
I do not want to be beaten by thick black rods that have a yet-to-be-determined function.

He takes me down a hallway and to a large metal door. Another officer opens it, and...

HOLY FUCK
DO NOT MAKE ME GO IN THERE

I am pushed inside anyways, and I notice some sinister machine on the other wall.
At this point, there would be no point to the officer beating the shit out of me.
Because it has already left my body.
And it is now residing in my pants.

OH NO
OH FUCK NO
ITS WORSE THAN I THOUGHT
THIS MEANS THOSE BLACK RODS ARE WHAT I THOUGHT THEY WERE FOR.

And with a semi-derp face, the Combine officer reveals himself to be Barney, a friend of mine from Black Mesa.
How nice.

Looks like someone has a severe case of the derps.

Barney explains the ruse, and contacts one of the old scientists from Black Mesa.
Apparently they are in cahoots, and I am expected to find my way to his lab.

THERE IS A BANGING ON THE DOOR.

I am hustled into a room filled with boxes.
THERE IS A LADDER

he HAS the Freeman

I like where this is going. More Freeman monologue!
Top

I have the next part planned out and I have screenshots, but it's 3 in the morning here, so I'm getting some rest.
The next update will definitely be tomorrow though...or later today, whatever terminology you want to use.

And I'm glad this has people following it XD

You are NEVER getting that beer.

This is gonna be good. Here's to the many updates ahead.
Burn 'em to shreds, tear 'em to ashes.
Top